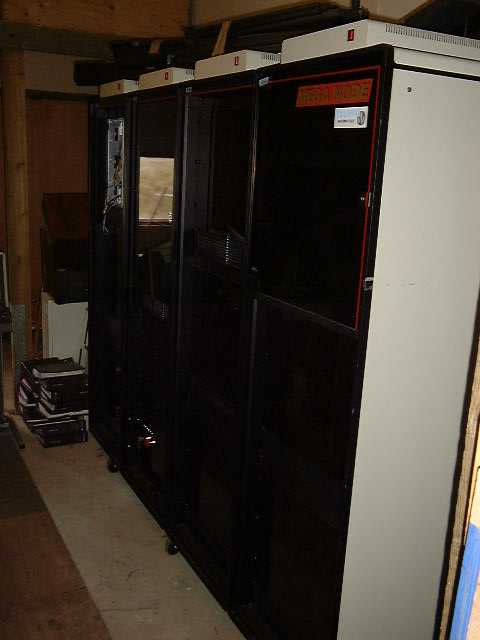 The meganode came from DRA at Malvern 18th July 1995, where it went to the department of computer science at the University of York. When we pushed it out of the computer room there all the wheels came off! We never got it fully working, but no reason why it should not work.

"Derek Barnes was the original purchaser of the Meganode on your collection – at DRA.

The original Supernode (inc the T805 transputer) was developed as part of the Supernode Esprit Framework 2 programme. This was followed by the Supernode II programme which further developed the architecture and lead to the creation of Parsys to commercially exploit the machines. [I see you also have a smaller Parsys machine in your collection.] I was the first chairman of the Parsys user group and project manager for much of Supernode II (when the guy who worked for me went seriously ill)!

The Meganode you have was actually built by Parsys in collaboration with Supernode II (we basically got it cheap) and supported by them. – installed in Spur 6 of E Block in Malvern. It was one of only a handful of Meganode’s ever mode and used on a variety of complex problems including ray tracing (for lighting applications) and traffic simulation (inc the effects of the channel tunnel on the south east road network)."

The system is made up of 250 transputers. Look on the web about these, they were a great idea and should have been a success.