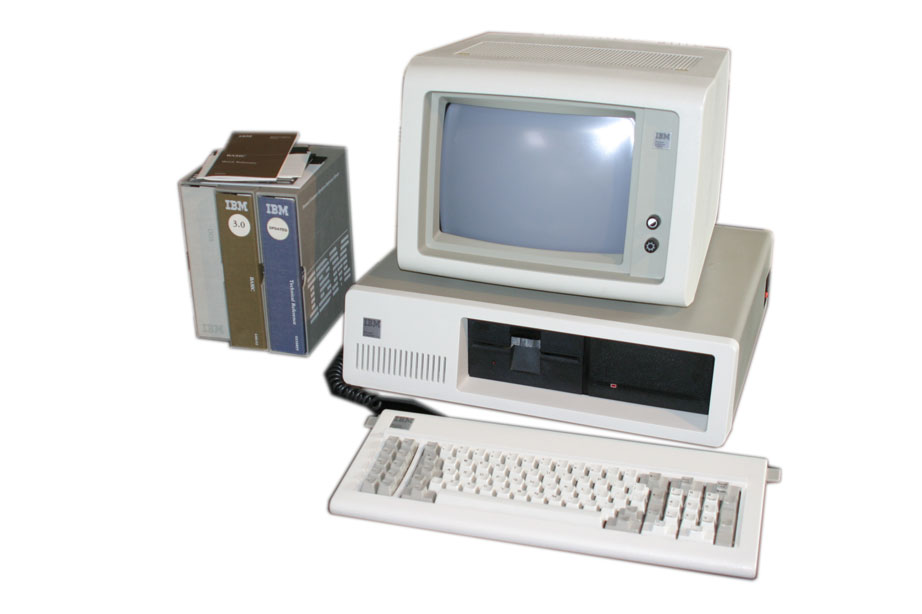 This is the machine that defined the architecture of the modern PC.

Why was it special, it had an open architecture - any one could copy it, it defined the ISA bus, it was cost effective and used off the shelf components. 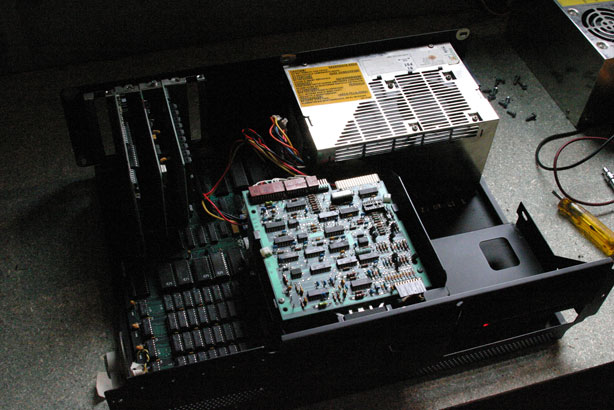 "This is the computer for just about everyone who has ever wanted a personal system at the office, on the university campus or at home," said C. B. Rogers, Jr., IBM vice president and group executive, General Business Group. "We believe its performance, reliability and ease of use make it the most advanced, affordable personal computer in the marketplace."

IBM has designed its Personal Computer for the first-time or advanced user, whether a businessperson in need of accounting help or a student preparing a term paper.

An enhanced version of the popular Microsoft BASIC programming language and easily understood operation manuals are included with every system. They make it possible to begin using the computer within hours and to develop personalized programs quite easily.

Among the new system's highlights are:

The system's keyboard comes with a six-foot, coiled cable for flexibility. It can be used in the lap or positioned across a desk top without moving the computer itself. The 83 keys make it easy to write and edit text, enter data ranging from stock analysis to cooking recipes, figure business accounts, or play video games.

The optional IBM display and printer are attachable units. The display has an anti-glare screen, green phosphor characters for reading comfort and controls for brightness and contrast. Automatic flashing and underlining can be used to call attention to especially important information on the screen.

The printer provides 12 type styles. Both printer and system unit can run self-diagnostic checks so users can verify that components are functioning properly.

Software for Business and Home

"We intend the IBM Personal Computer to be the most useful system of its kind," Mr. Rogers said. "Besides making it easy to set up and operate, we are offering a program library that we expect will grow with the creativity of the Personal Computer users."

Mr. Rogers said IBM has established a new Personal Computer Software Publishing Department for the system. It will publish programs written by IBM employees working on their own time and those accepted from independent software companies and outside authors.

Program packages available for the IBM Personal Computer cover popular business and home applications. For example, EasyWriter* will store letters, manuscripts and other text for editing or rapid reproduction on the printer. Businesses can use General Ledger, Accounts Payable and Accounts Receivable by Peachtree Software, Inc. to generate balance sheets, track accounts and automatically print checks.

VisiCalc* is available for applications ranging from financial analysis to budget planning. Microsoft Adventure brings players into a fantasy world of caves and treasures.

IBM, in conjunction with Microsoft, Inc., has adapted an advanced disk operating system to support IBM Personal Computer programs and software development. It has also contracted with Digital Research, Inc. and SofTech Microsystems, Inc. to adapt the popular CP/M-86* and UCSD p-System* to the Personal Computer. These two systems should provide users with the opportunity to transfer hundreds of widely used applications to the IBM Personal Computer with minimal modifications.

The IBM Personal Computer can be tailored to fit the user's needs. A basic system for home use attached to an audio tape cassette player and a television set would sell for approximately $1,565, in IBM Product Centers, while a more typical system for home or school with a memory of 64,000 bytes, a single diskette drive and its own display would be priced around $3,005. An expanded system for business with color graphics, two diskette drives and a printer would cost about $4,500. ility and first deliveries will be scheduled for October.

The following is the text of an IBM Information Systems Division fact sheet distributed to the press on August 12, 1981.

BASIC Interpreter -- Based on the popular Microsoft Basic and offered in three versions -- cassette, diskette and advanced.

The cassette level is included in the read-only memory of every system and provides input/output instructions needed to enter and retrieve data. It also supports use of the keyboard, display, light pen and printer and provides a full complement of editing and mathematical functions.

The diskette and advanced levels are optional. The diskette extension supports the use of diskettes, while adding date, time of day and communications capabilities to the system. The advanced extension enhances the display graphics to include features such as point, circle and get/put display, while increasing light pen and joy stick support for design work and home entertainment.

Disk Operating System (DOS) -- DOS supports one or more diskette drives, allowing the user to write or read from the system's removable diskettes, display a directory and rename, erase, display or copy files.

CP/M-86* and UCSD p-System* -- IBM has contracted with Digital Research, Inc. and Sof- Tech Microsystems, Inc. to make CP/M-86 and the UCSD p-System available for the IBM Personal Computer. We expect their availability will provide the opportunity for many current applications to be transferred to the IBM Personal Computer with minimal modifications.

VisiCalc* is a problem-solving program package for financial or mathematical forecasting and computations. All data is arranged into a grid of up to 63 columns and 254 rows and interrelated so that users may create "what if" situations that will show the effect of one changed element on the remainder of the data. VisiCalc has vertical or horizontal scrolling, easy cursor movement and the ability to vary formats.

Accounts Receivable by Peachtree Software, Inc. is a complete invoicing and monthly statement generating package that tracks current and old accounts. A complete record is maintained for each customer and the current status of each customer account is instantly available. A complete set of "prompts" allows inexperienced operators to make full use of the system with minimal instruction.

Accounts Payable by Peachtree Software, Inc. keeps track of current and old accounts, incorporating programs to maintain a complete record for each vendor and determines vouchers to pay by due date. It also will automatically print payment checks and maintain a check register.

EasyWriter* is a versatile, easy-to-use application that lets users process words and text quickly. EasyWriter functions are highlighted and prompted from menus listing all needed commands. Texts are maintained on diskette files which can be saved, retrieved, deleted, printed, revised, linked and appended. The simple text entry and text editor are combined with the flexibility of formatting to allow users with varied skill levels, from hobbyist to typist, to be productive quickly.

Microsoft Adventure provides the IBM Personal Computer with a role-playing fantasy game. The game setting is a vast network of caves beneath the earth and the land outside. The fantasy world contains 130 rooms or nodes, 15 treasures, 40 useful objects and 12 problems to solve. The program allows players to store the status of two games on a diskette. It will provide useful hints, instructions and feedback on a player's progress.

Communications software allows users to access external data like Dow Jones News/Retrieval* and THE SOURCE* for information and to communicate with other computers. To enhance this communication capability with larger systems, IBM also said it intends to provide a full subset of 3270 emulation capabilities.