On 28th June 2006, a team from Bonza TV came and filmed for part of a Discovery Channel film to be shown early in 2006. The filmed a PET 2001 running a backgammon program and an Apple IIe running a Wordstar word processor.

The most exciting bit was when the (original) Apple IIe monitor went bang and smoke rose from it. Lets see if that gets on the film.

You may recognize the presenter in the photos below, its Ronald Top. 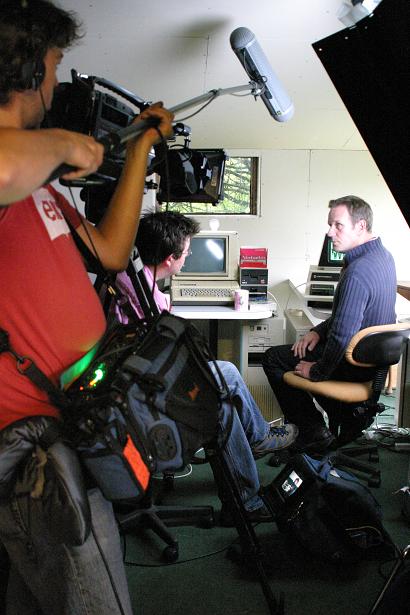 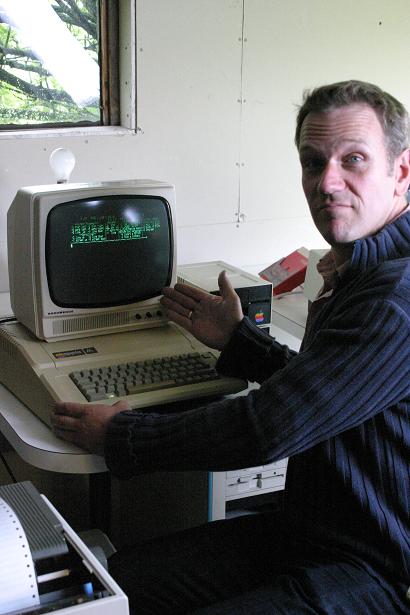 OK, what do we film next! 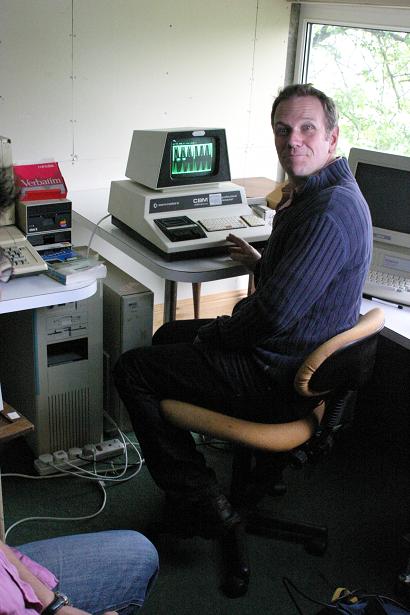 OK, not the  best picture in the word, but a nice one of the PET! 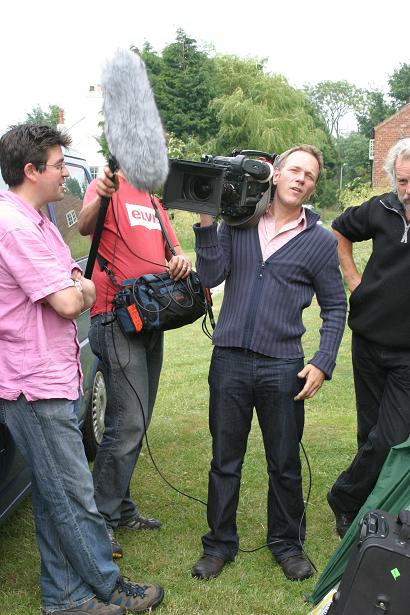 No that is not the camera man! 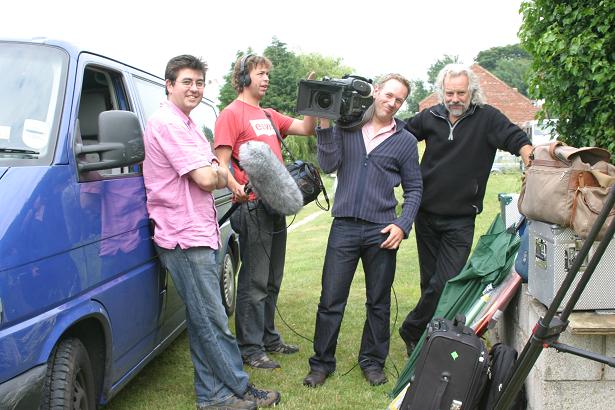 Left is the director, then sound, then presenter and thats the camera man on the right.