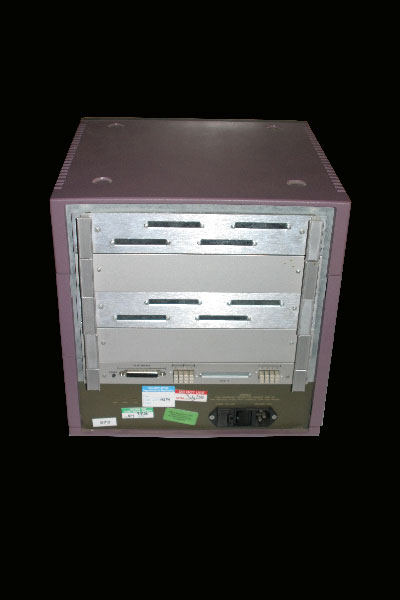 This is a machine with an important UK processor, the T9000. The Transputer was built as an inherently parallel processor. The T800 came first, then the T9000. Becuase the T9000 was late in production the company that made it failed (Inmos) and was sold to STC.

This machine came from the Electronics Department at the University of York where it was used to model the hair cells in the human ear. It was bought in Dec 1993 for £43,475, quite a lot in those days. The system had 32 x T9000 processors running at 20MHz, each with 4Mb of memory. It arrived in the collection in October 2007. It is understood to be a large system.

The system includes the invoices, and some software. 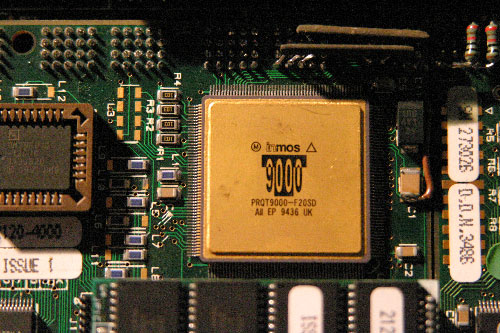 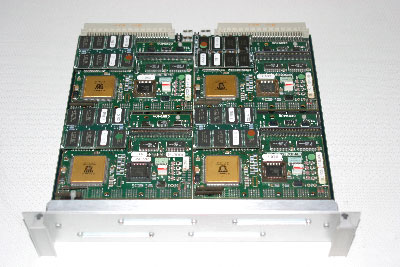 One of four processor cards each holding 8 processors (4 on each side).